The Franklin Municipal Court commenced operation in 1952 with the Honorable J.T. Riley being elected the first Judge. Judge Riley served as Municipal Judge from 1952 through 1969. The Honorable John B. Tracy was elected Judge in 1970 and served until his resignation in 1985 when he became Warren County Probate Judge. The Honorable James D. Ruppert was appointed Judge in 1989 and was re-elected for three consecutive terms and retired at the end of 2005. The current Judge, Rupert E. Ruppert, was elected Judge and commenced office on January 1, 2006.

Gross misdemeanors are such crimes that may carry a maximum of one year in jail and such offenses include, but are not limited to, operating a motor vehicle under the influence of alcohol or drugs of abuse, domestic violence, theft, assault and various other state and municipal crimes. Infractions are acts that are prohibited by law, but are not legally defined as crimes, such as parking citations, traffic violations and other non-traffice citations. The Court also has civil jurisdiction that includes landlord tenant cases and claims which do not exceed $15,000. The Court has a Small Claims Division which handles civil complaints up to $3,000 and the parties are not generally represented by counsel. Since January of 2006, the presiding Judge has been the Honorable Rupert E. Ruppert. The Court staff includes the Judge, bailiff, security officer, prosecutor, probation officers, the Clerk of Court and the Clerk of Court's staff. Use the links at the left for more information about the Judge, Prosecutor, Probation and Clerk of Courts. 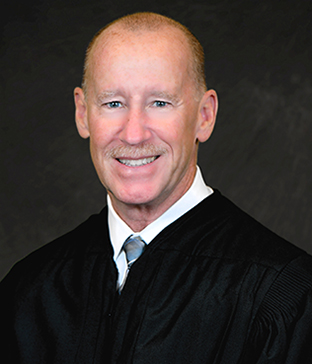 Ronald W. Ruppert was elected Judge of the Franklin Municipal Court on November 7, 2017. He began serving as Judge on January 1, 2018. Judge Ruppert was admitted to the practice of law in November of 1988. Judge Ruppert began private practice of law with the firm of Ruppert, Bronson & Ruppert. He represented clients in various matters including civil litigation, domestic relations, juvenile, criminal defense and traffic matters. His practice included matters in municipal, county and common pleas courts of Warren, Butler, Montgomery, Greene and Preble counties. His practice also included matters in the United States District Court for the Southern District of Ohio. Judge Ruppert also served as acting judge in Franklin Municipal Court. 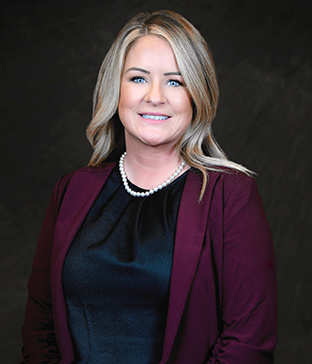 On January 1, 2022 Amanda Weist was appointed to the position of Court Administrator. She is the first person to hold the position with Franklin Municipal Court. Amanda, “Mandy”, began her career with the Franklin Municipal Court as a Deputy Clerk in 2016 and continued in that position until January 1, 2022. As Court Administrator, Mandy is responsible for assisting in the development and implementation of the Court’s procedures and rules as well as assisting the Court with planning, budgeting, and coordinating with the Clerk of Court and the funding authority. Mandy manages the Court’s operations in collaboration with the Clerk of Court, Probation Department and Chief Bailiff. She is also the point of contact with multiple law enforcement agencies, members of the bar and local communities. Mandy was recently offered a seat in the Court Management Program Class of 2024 by the Supreme Court of Ohio, in which she began study in April, 2022. 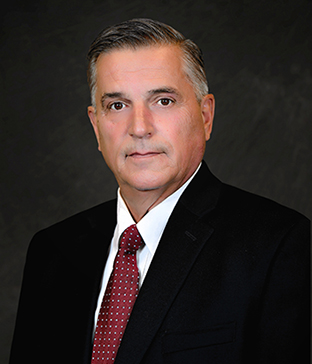 The Magistrate of the Franklin Municipal Court is Gregory J. Demos. Magistrate Demos graduated from Centerville High School in 1984. He attended the Ohio State University and graduated with a Bachelor of Arts Degree in 1989. Magistrate Demos attended law school at Thomas M. Cooley School of Law in Lansing, Michigan and graduated with a Juris Doctorate in 1994. He was admitted as a member of the Ohio Bar in the January term 1994 by the Ohio Supreme Court. Magistrate Demos engaged in the private practice of law from 1994 -2015 with offices in Lebanon, Ohio. He has been a member of the Ohio State and Warren County bar associations since 1994. In May of 2015 he became the Magistrate of the Franklin Municipal Court where he hears all civil cases and presides over the Intensive Supervised Probation Docket commonly referred to as Drug Court. 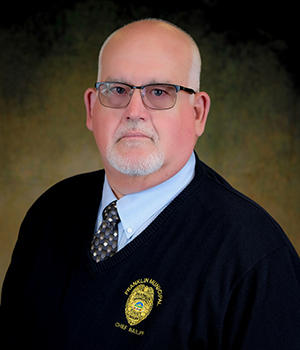 A Franklin native, Frank Hensley retired after 32 years of full time law enforcement. As Chief Bailiff, Frank is responsible for courthouse security and maintaining a safe work environment for the clerk's office, along with the safety of all persons appearing in court. In the courtroom Frank prepares and calls all cases in front of the Judge and talces their plea.

Frank is also a sworn Probation Officer. He provides security for and assists with the intensive supervised probation docket, commonly referred to as Drug Court. 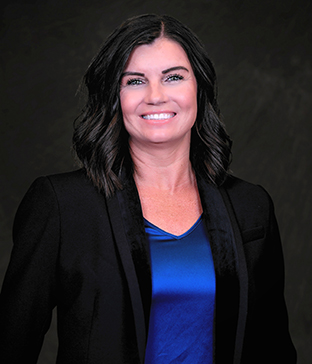 Maria (Nikki) serves as the Clerk of the Franklin Municipal Court. She received her appointment as Clerk of Court in April 2022. Nikki supervises a staff of 6 Deputy Clerks in the Civil, Criminal, and Traffic divisions of the Court. She also manages the payroll and personnel records for all court staff.

The Clerk of Court is responsible for accounting, bookkeeping, managing the Deputy Clerks, maintaining court records, collecting all fines and fees, administering penalties assessed by the court, and distributing funds to the appropriate state and local agencies according to the provisions of the Ohio Revised Code. Nikki and her staff provide court-related services to citizens, law enforcement agencies, prosecutors, and attorneys. The Clerk's office processes approximately 6,500 traffic and criminal cases, as well as 650 civil cases each year. The court staff is specifically trained to provide quick and efficient service to all court users. 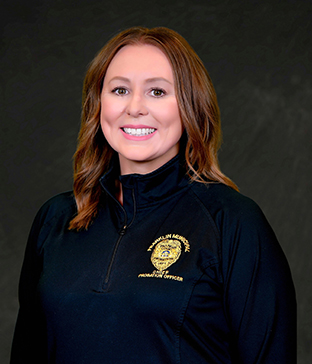 A Franklin native, Katie Perdue has 6 years of probation experience, beginning her career with Franklin Municipal Court in 2012. As Chief Probation Officer, Katie is responsible for monitoring of Court ordered conditions and providing the Court with valnable information such as pre-sentence investigations, offender compliance, problems, and/or dismissal recommendations. She also assists in the assessment of treatment needs, referrals to appropriate agencies, and aide's individuals in gaining skills that will help them live in the community successfully. Katie is also in charge of the intensive supervised probation docket commonly referred to as drug court with Magistrate Demos.

Probation Office is located in the Franklin Police Department: